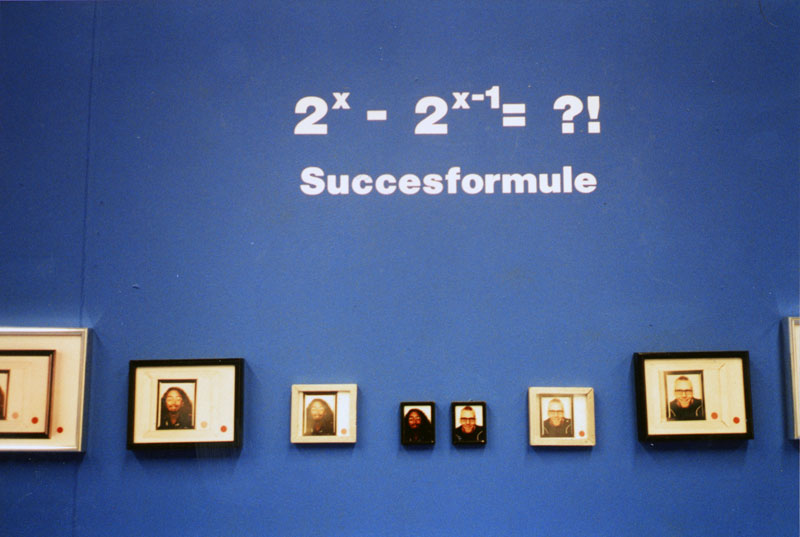 In this work PIEK! started with two passport photos: one of Selby and one of Sander.
Both photos are provided with a little frame. These photos are for sale, one guilder each.
When the photos are sold two red dots are placed next to the photos in the gallery where these two pictures were exhibited. PIEK! made two new pictures of these images. These new images were also framed (now there was 1 photo and 1 dot on both new pictures). The price of the new picture was doubled ( f 2,-). With the price also the format was doubled. These pictures were sold and the procedure repeated. This faster and faster increasing series will be a graduator along our carriers. By the separate selling of the two series (Sanders’ and Selbys’) and with the choice of both being model on the first pictures, PIEK! hopes on a  competitive sell between Sander and Selby.