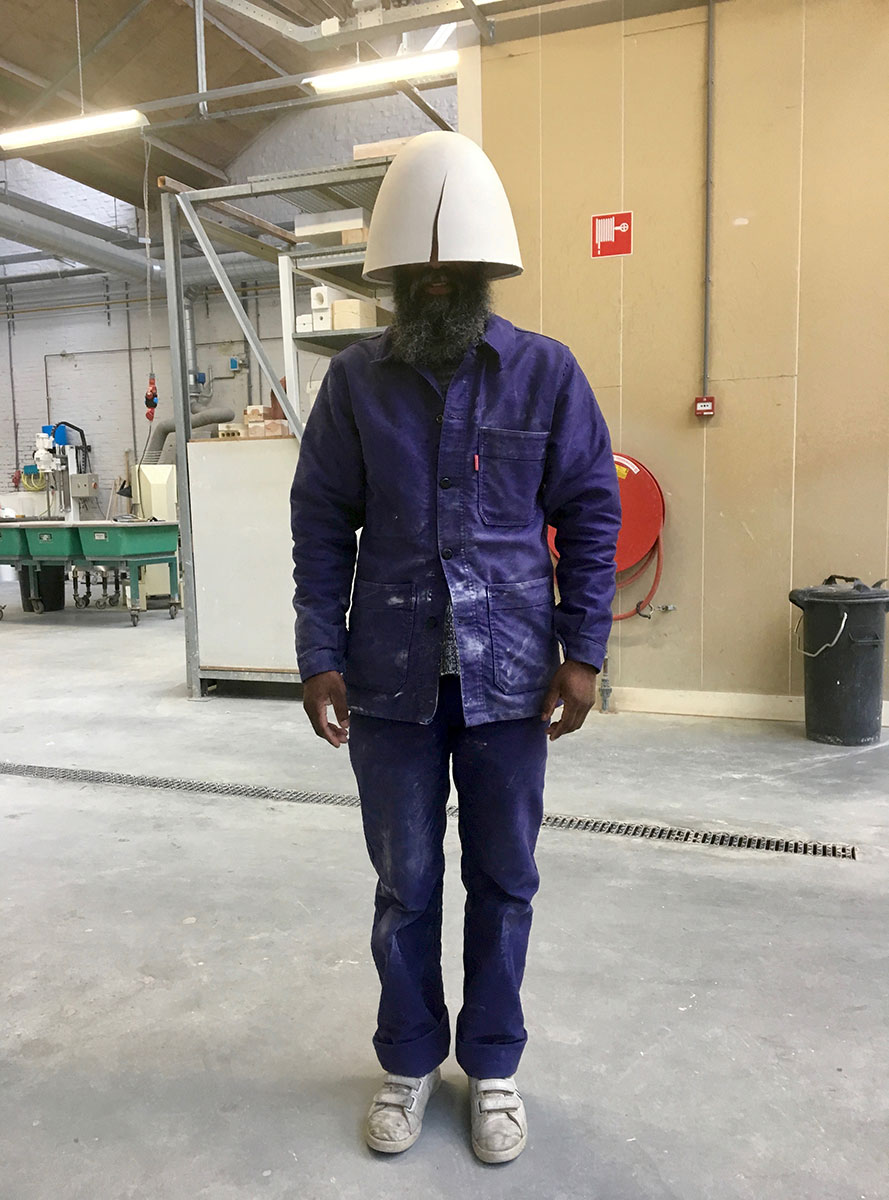 Selby Gildemacher (NL) came across the story around a computer-generated image of Mobile Production facilities for biological agents in Iraq spread by the Secretary of State Colin Powell. These images led up to the invasion of Iraq, only to later be discovered untrue. Gildemacher became intrigued by how a fabricated image could have such big consequences. At Sundaymorning@ekwc he recreated this Production Lab into ceramic objects.

Gildemacher never worked with ceramics before: “The hardest part of working with ceramics is the fact that you cannot undo things.” Gildemacher had gotten used to the safety of CRTL-Z, a feeling you can always undo the choices you make.

The connotations around ceramics, the carefulness in how to treat it made him rebellious. Ashamed of his own urge to break precious ceramic pieces he opened up a shooting gallery. If you hit the target, you got to keep it. Winning became destroying.