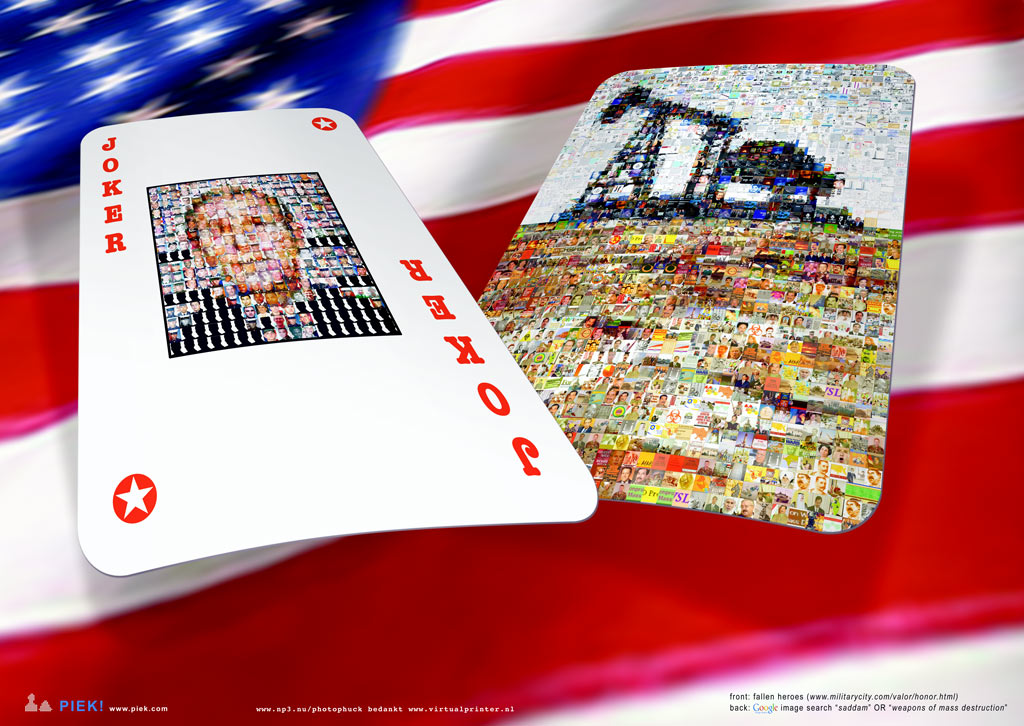 For the exhibition PhotoPhuck, PIEK! made the poster Joker.

A poster of two playing cards. The front and back of a playing card. The front features the joker: President Bush. Bush is made out 300 pictures, a photo mosaic. The pictures are portraits of fallen soldiers in Gulf War II.

The back of the playing card is also made out small images. These images are found via Google Image Search. With Google Image Search was searched for the keywords ‘Saddam‘ and ‘weapons of mass destruction‘. The found pictures formed a bigger picture, an oil well.

The posters were distributed through-out the city of Groningen. The walls of the gallery were covered with the posters.

Volkskrant article September 17 2003
‘The contibution of PIEK! was well done but the idea wasn’t that original’
Wieteke van Zeil