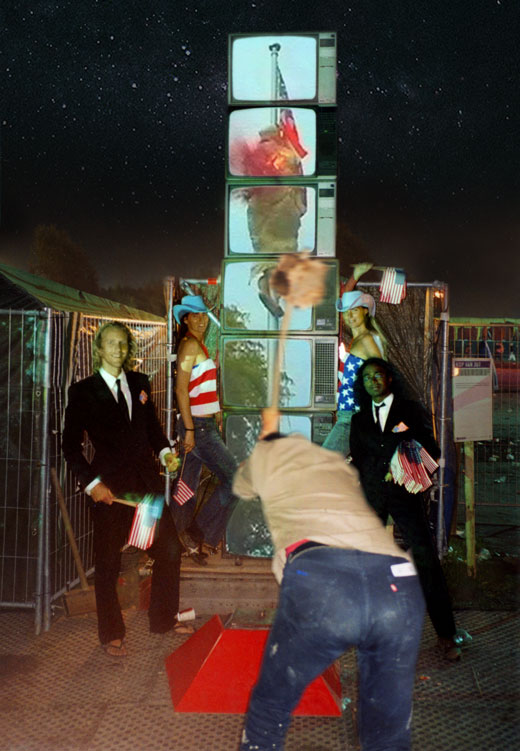 During the 3-day Lowlands festival (60.000 visitors) PIEK! was invited by gallery Diana Stigter to participate in the Higher Art at Lowlands program, an art enclave at a popfestival. ‘High Striker’ is an interactive installation similar to the attraction at  carnivals to impress girls (or boys) with your strength. In dutch it’s called Kop van Jut witch is also an expression for being the punchbag.

One has to hit an iron pin as hard as possible to switch between movies. The harder the pin is hit, the higher a muslim man climbs into a flagpole with the American flag waving in top. By hitting the pin extremely hard, the man will climb untill he reaches the flag. He then gets shot, extremely explicit, in the back. When one has such a result, two beautiful ladies dressed in American clothing, give the ‘hitter’ his/her price; a small American waving flag.