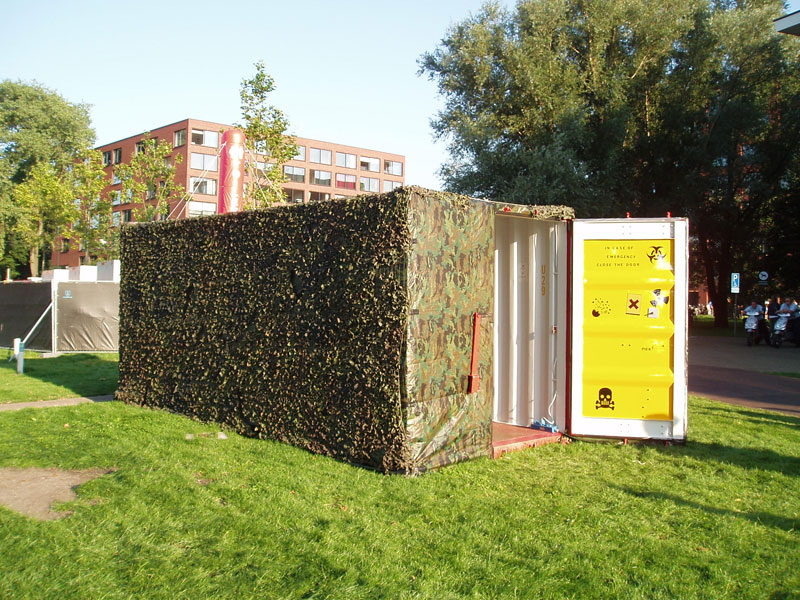 For SAIL 2005, PIEK! made ‘Container’.
A sea container is camouflaged at the outside.
Inside, the container is decorated with a simple bed, a chair, a fountain, a television (with an episode of ‘Love Boat’ playing) and a gas mask. There are all kind of warning signs on the door.
It could be a ‘safe bunker’ as well as a prison cell.

In times of terrorist attacks or only the thread of one, a safe place becomes a isolated place. People feel imprisoned in a way. The ideabehind ‘Container’ originated after the major of Amsterdam officially stated that there is NO thread of a terrorist attack during SAIL 2005.
As a result of this, thousands of people did not take the risk and stayed home…