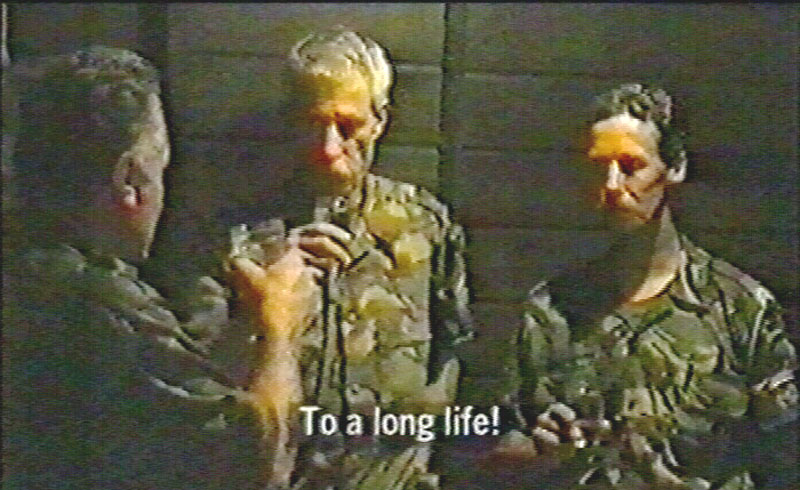 The theme for the ‘museumnight’ is ‘WOMAN ONLY’. Last years’ edition attracted too many visitors.
Men could wait outside the museum and watch a soccergame while being shaved by Turkish barbers.

Elements of the installation ‘Cheers’ are a partytent, tables, drinks and a video projection. PIEK! offers the woman a glass of Slivovitc and a cigaret.
On the video projection is a fragment of the documentary Cry from the grave, a documentary that investigates the massacre in July 1995, when over 7000 muslim men in Srebrenica were murdered. NATO Lieutenant-colonel Karremans and General Mladic toast with Slivovitc on a long life and smoke cigarets together while in the meantime, NATO was there to protect the muslims, elsewhere in Sebrenica thousands of muslim men and boys were seperated from their women and children and were brought to a soccerfield where they were murdered later that night.

PIEK! made not only an ironic comment on dividing men and women. They tried to make the videoinstallation feel ‘real’.