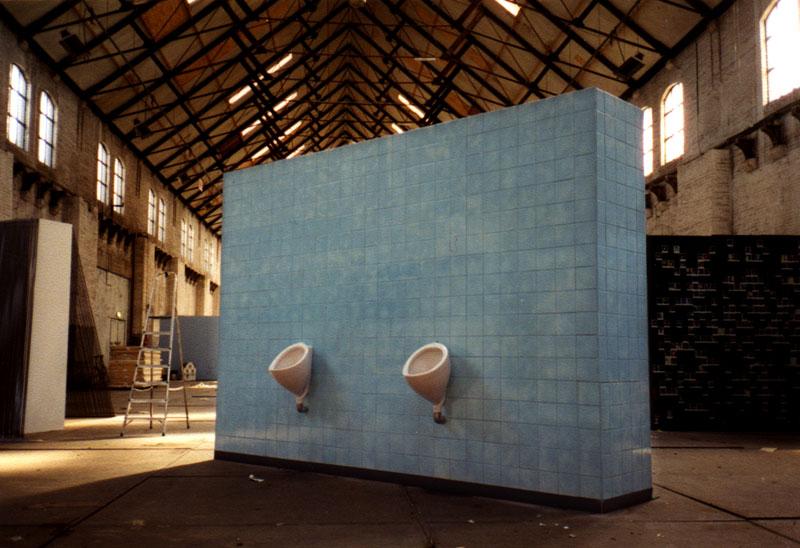 The side with the urinals

Gallery Niggedijker, the gallery of Groningen, asked PIEK! to represent them on ‘4 de Kunstvlaai’, an exhibision organised by the Sandberg Institute, in the Westergasfabriek in Amsterdam. PIEK! made an installation wich consisted 2 urinals, 1 beamer, 5 monitors, 6 VCR’s, 26 square meter of blue tiles, 2 beerhoses, a watersack, 12 crates of beer and various video-loops of the people of Niggendijker and PIEK!, swimming, jumping and staying under ‘water’ in piss.

A wall of 4 meter long, 2.75 meter high and 0.7 meter deep, was covered with blue tiles. On one of the long sides were hanging two urinals. On the other side, at ‘penis’ height, two beerhoses were mounted on the wall were you could pull yourself a ‘pislauw’ (the temperature of piss) glass of beer. By climbing the stairs it was possible to look in the installation. In the wall were 5 monitors and a beamer lying on the ground with the PIEK! and Niggendijkers in piss video-loops on them.