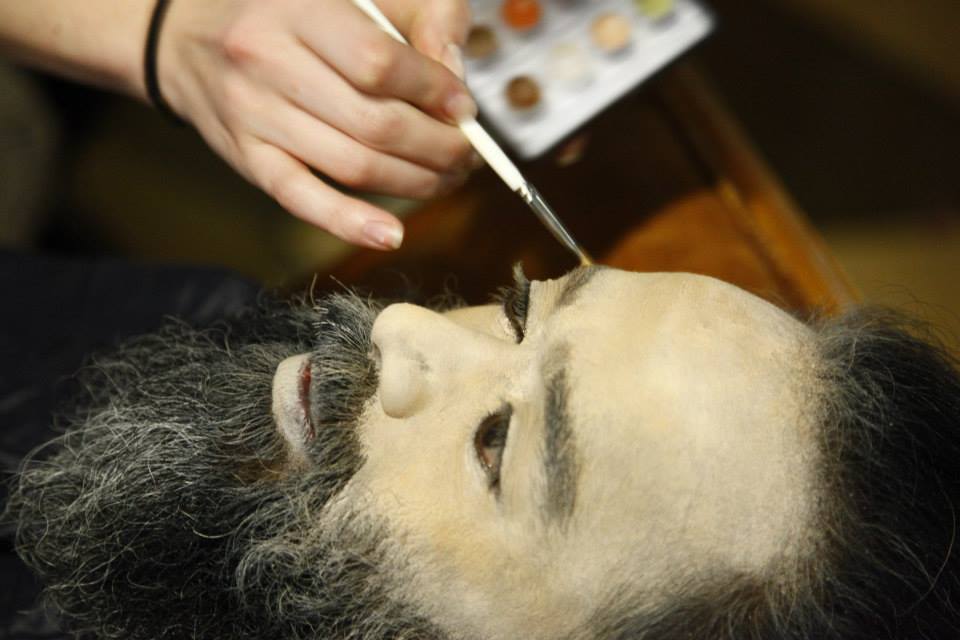 A performance during the No Land’s Men exhibition.

On a small stage in the exhibition space, Selby Gildemacher is grimed and dressed/transformed to Ivan Durak aka Ivan the Fool. Ivan the Fool is a character used in Russian folklore, a very simple- minded, but nevertheless lucky young man. Ivan is described as a likeable fair-haired and blue- eyed youth.

After this transformation Ivan will pick up the guitar and will sing the song Я не люблю (I don’t like) by Vladimir Vysotsky. The song is a list of things Vysotsky doesn’t like and the song explores the theme what is real/honest and what is fake/lie. Vladimir Vysotsky was a Soviet singer, songwriter, poet, and actor whose career had an immense and enduring effect on Russian culture.